Keller Engineers worked with Carrolltown Borough Municipal Authority and PennDOT District 9-0 to make extensive improvements to the Borough’s water and sewer system prior to the Route 219 reconstruction project.

The project involved relocation of 300 LF of 8” water and water services, with some being lowered to avoid conflict with the Rt. 219 reconstruction project. The location and depth of the sewer service lateral, which crossed Rt. 219, could not be located due to horizontal and vertical bends. It was determined that an extension of a new sewer main under the existing sidewalk area was the most cost-effective option to eliminate the conflicts. Approximately 1,500 LF of sewer main and six manholes were installed. Construction of new sidewalks and property restoration was also completed.

The Authority received a Commonwealth Financing Authority grant for an extension of an 8” water main along Dutch Road that eliminated an old asbestos cement main that was the primary water feed to the community. This main crosses Rt. 219. This crossing and valving were also installed and completed so as not to interfere with the Rt. 219 reconstruction project.

The Authority also had a sewer main that caused problems in the past. The steel casing ends were uncovered and new PVC main and casing spacers were installed. 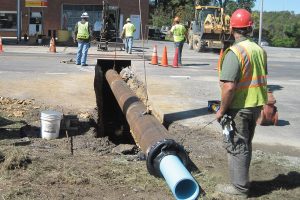 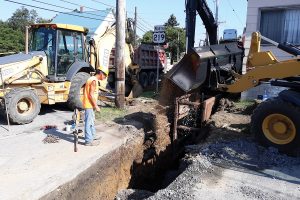 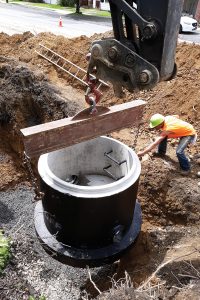 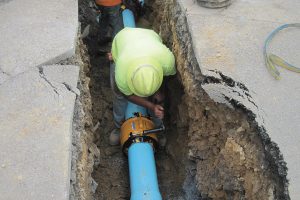 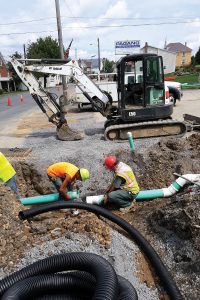 Penn Cambria School District has collaborated the last 4 years with the Keller Engineer’s team to complete a multi-phased paving and drainage project on our HS campus. I have personally worked with Adam Long, Brian Smith and Shawn Ritchey throughout the entire project and they made Penn Cambria feel like we were their only client. The personal attention to our needs and specific details of this project were second to none. The communication aspect of the Keller Engineer Team was outstanding. We trust their process, their design and their commitment to a quality project that when completed, we are all very proud of. Bill Marshall, Superintendent Penn Cambria School District